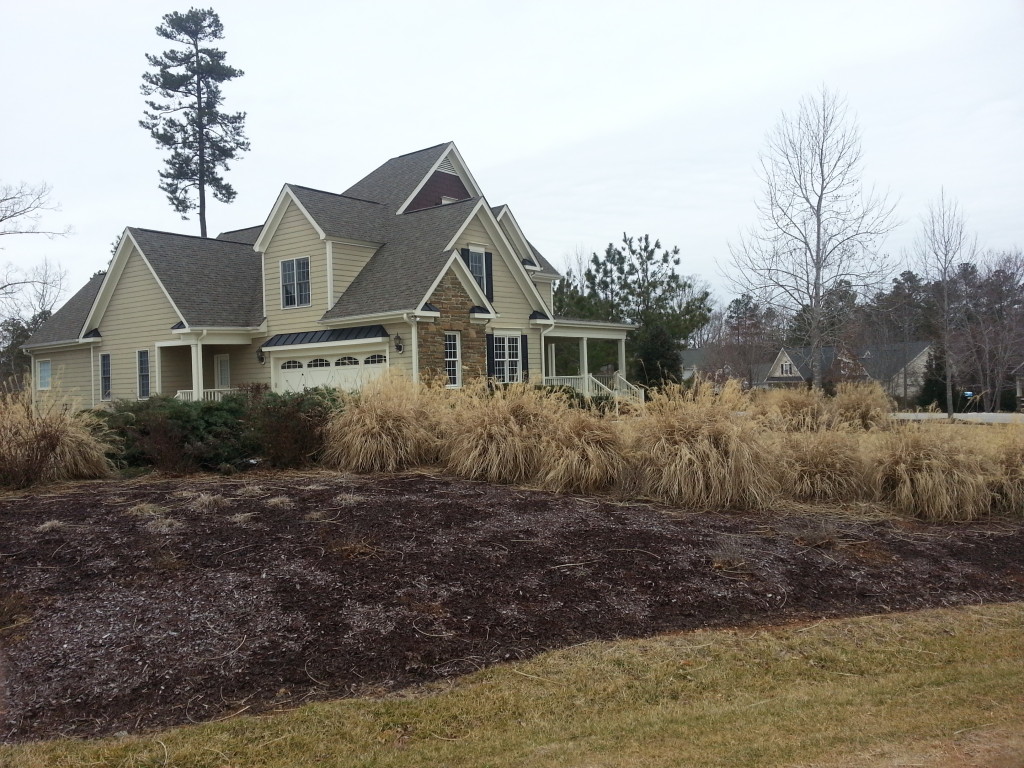 Pampas Grass usually refers to the species Cortaderia, but is also used to describe both Erianthus and Saccharum ravennae (sometimes called ‘hardy pampas grass’). These grasses grow in tight clumps called tussocks and the females produce tall, feathery flowers late in the Summer. In the early part of winter, the plants enter dormancy and become a golden, wheat color.  The leaves and flowers will remain attractive through the winter, but will become problematic when new growth begins. Removing the older growth allows sunlight to penetrate to the depth of new shoots growing at the base of the plant, and it reduces mold and insect activity by allowing moisture to escape the center of the tussock. While somewhat different biologically, these species all require the same type of maintenance in order to stay healthy and beautiful. 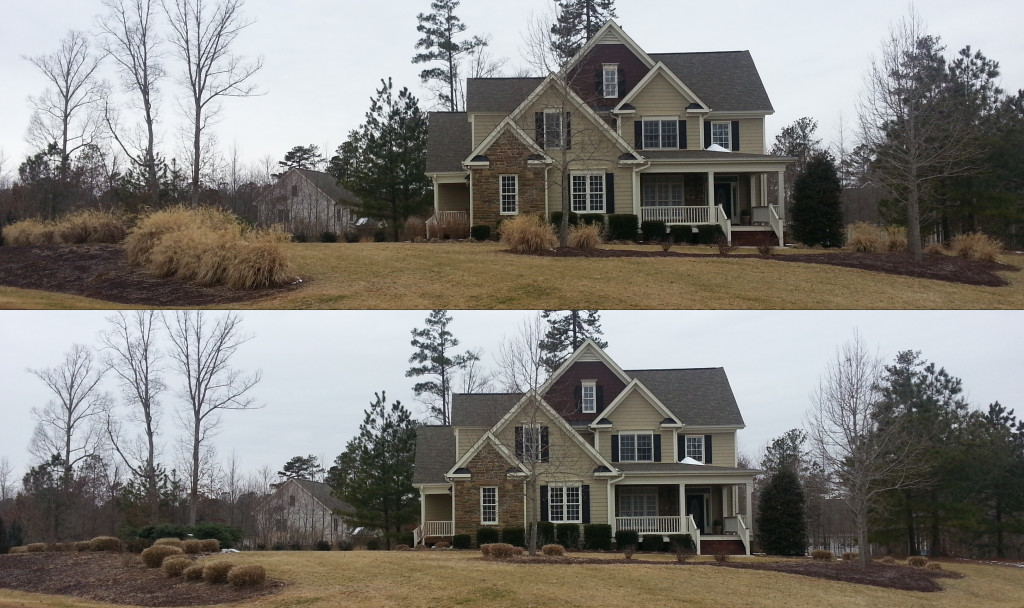 As long as their appearance holds up, ornamental grasses can be left intact late into Winter.  Single digit temperatures and heavy precipitation in winter (especially snow/ice) can destroy the uniform appearance of the dried out plumes.  Those planted close to roof-lines can become damaged by snow sliding off overhanging ledges, which may necessitate early pruning. The home pictured above features several remote beds that use tall ornamental grass as a soft background for the smaller foreground plants.  These plants were in good condition for late winter, but were showing signs of new growth.  When trimming plants, it is important to look for new growth, and take care not to prune lower than the tips of the green shoots.  Trimming only to the depth of the new growth will ensure the growing leaves aren’t damaged/blunted, which can stunt growth and introduce disease. This practice also guarantees that you wont scalp the crown of the tussock, which can cause a hollow center to develop, or even kill the plant altogether. 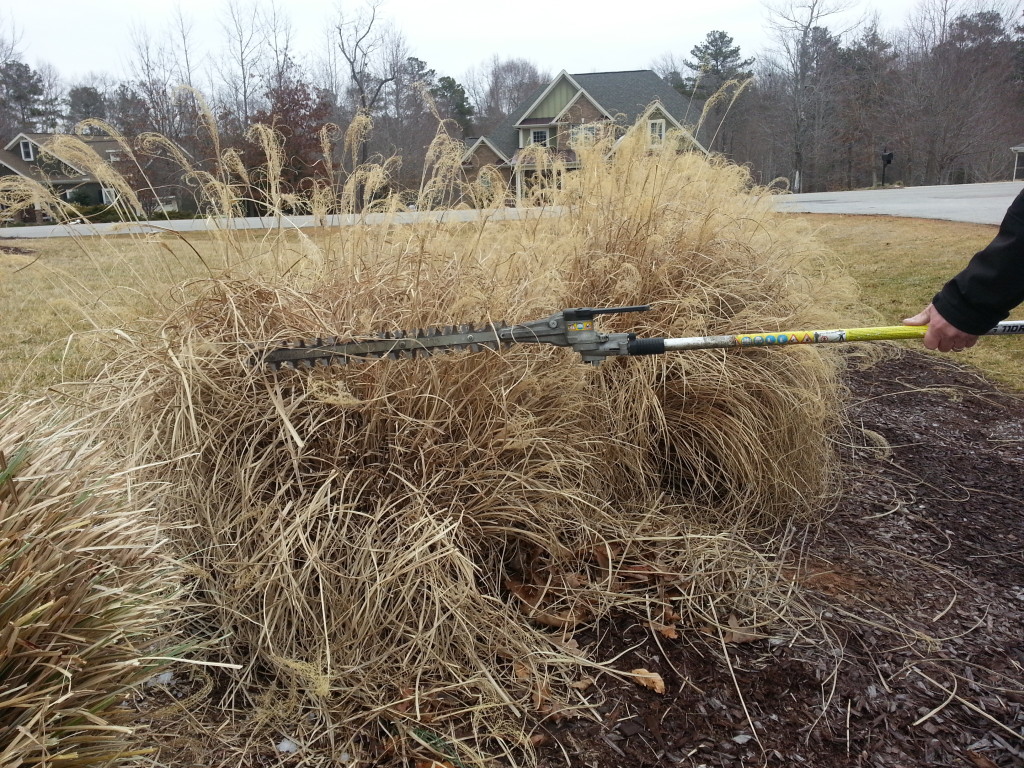 Rake around the base of each individual tussock to remove rotting vegetation.  This reduces insects, moisture, disease, and simply gives the plant a clean start for the Spring.  Finally, be sure to rake the top of each plant vigorously in order to remove leaves and other debris. 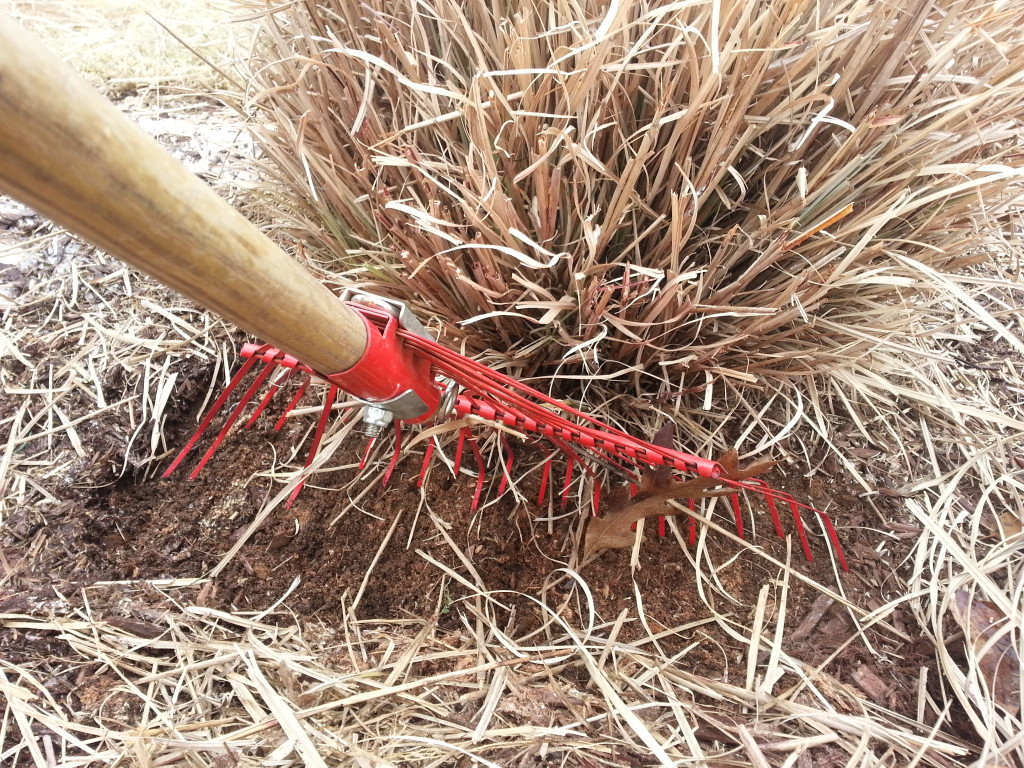 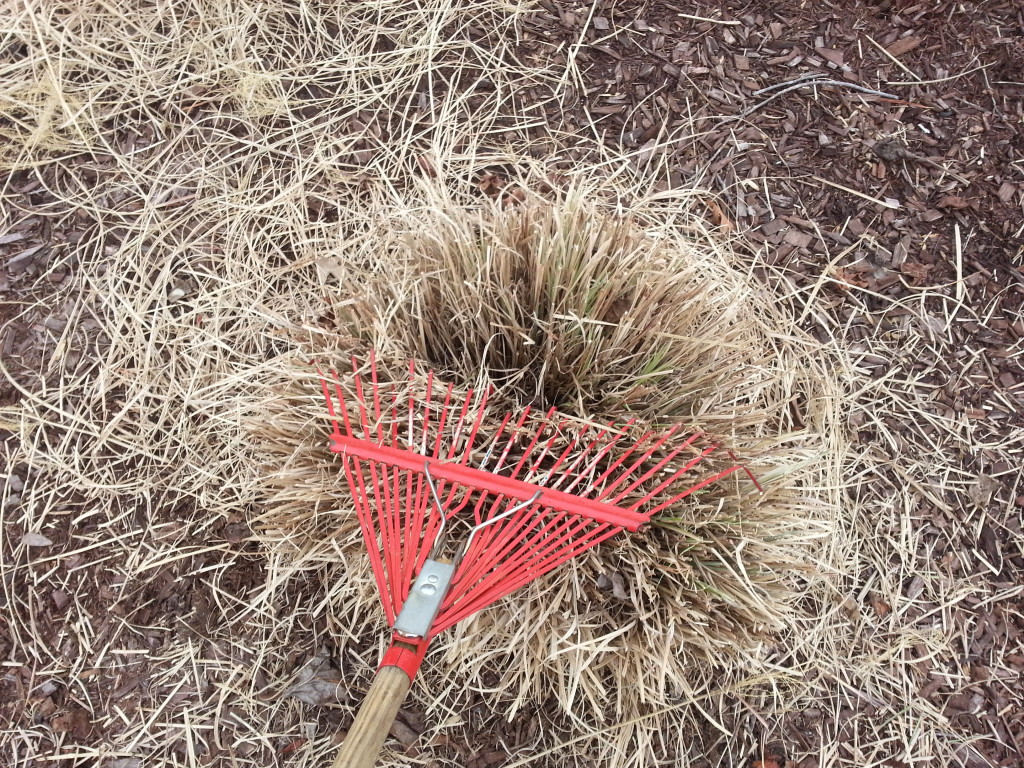 Rake loose debris from the center of the plant.

After pruning and cleaning out each tussock, replace the mulch that was raked away from the base.  According to information published by NC State University, fertilization (although rarely necessary) should be done in early Spring.  Fertilize established plants with a balanced fertilizer such as 8-8-8 or 10-10-10.