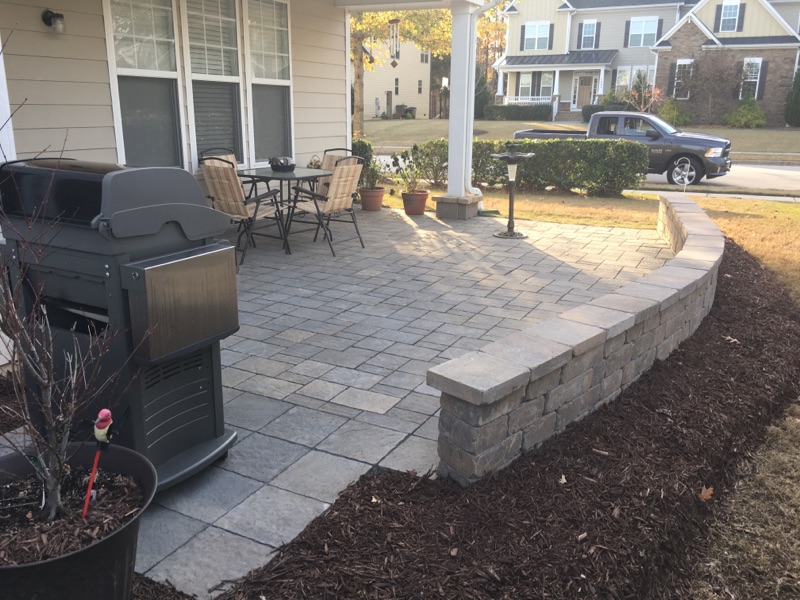 This patio was installed near a common space between several homes. It needed to remain relatively low, in order to preserve sight-lines, and it should compliment the nearby architecture. The home’s existing patio was recessed under a cantilevered roof, and featured a gentle curve across the front. The area was wide, but not deep enough for a table and chairs. The homeowners wanted to expand the area as much as the neighborhood association would allow. 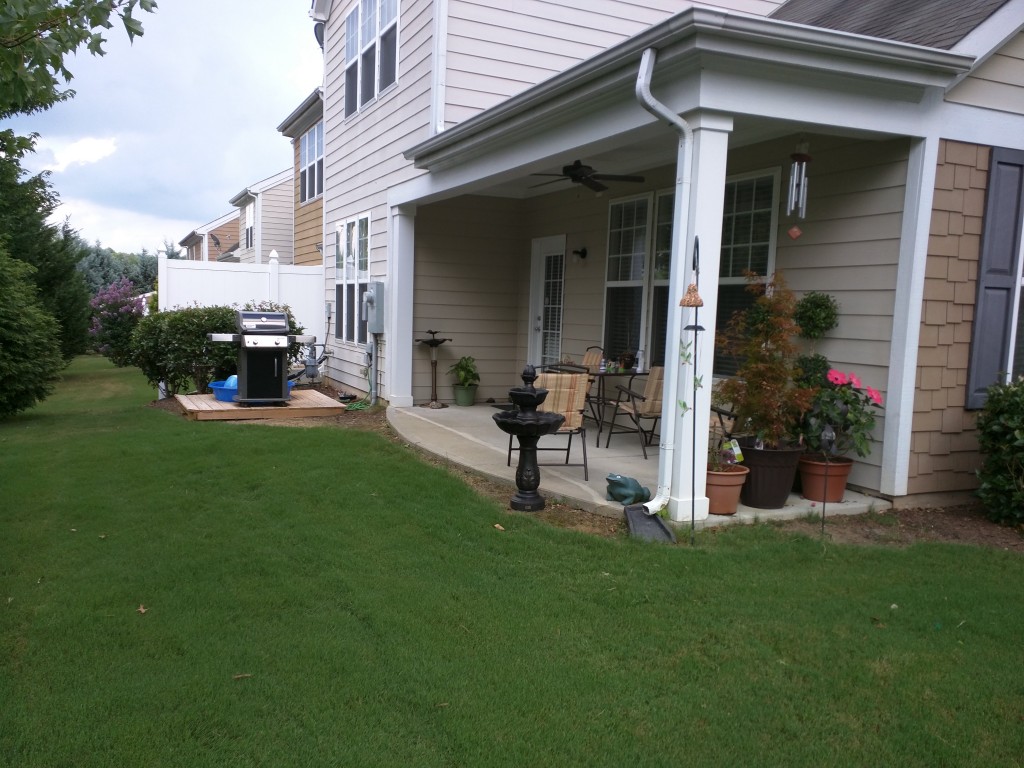 We set to work with the association and worked out a plan that would suit the needs of the homeowners and the neighborhood. Our new design featured eight additional feet of depth, a low-profile sit wall (18″ high), and the same shallow curve of the existing patio. This increase in size doubled the square footage and provided 20 linear feet of built-in seating. The sit-wall not only provided depth and functionality, it served to minimize the amount of furniture needed. 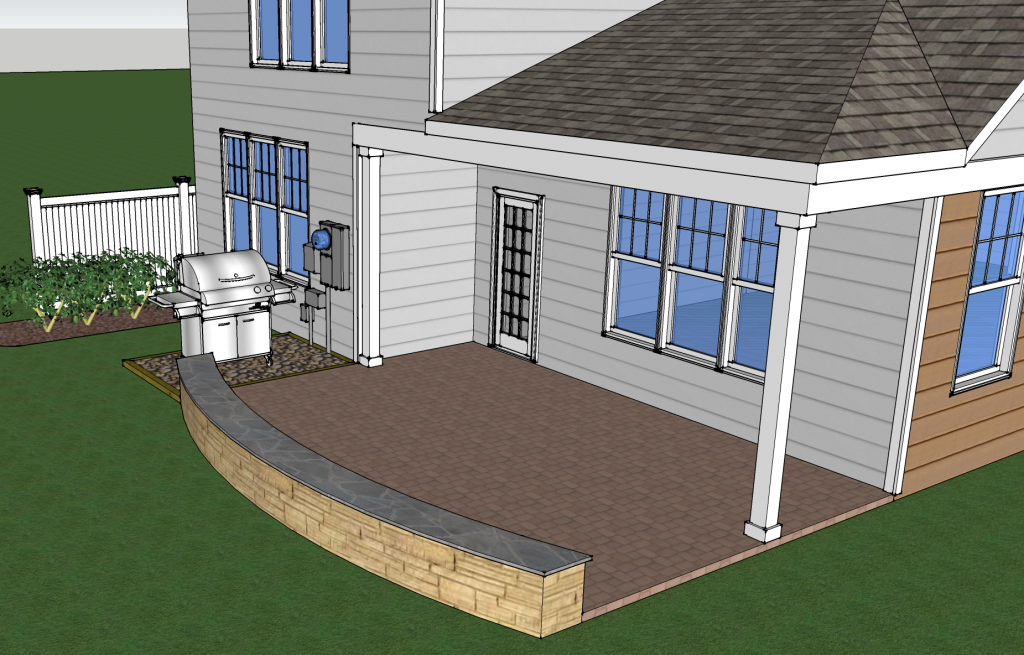 The column base was achieved by removing the PVC trim and cutting masonry blocks to fit as a veneer around the bottom of the post. A paved area was added for the grill as another way to minimize clutter on the patio itself. For additional color and depth, a mulch bed was placed behind the wall for ornamental planting. The finished patio provides ample room for guests or simply having a morning cup of coffee. 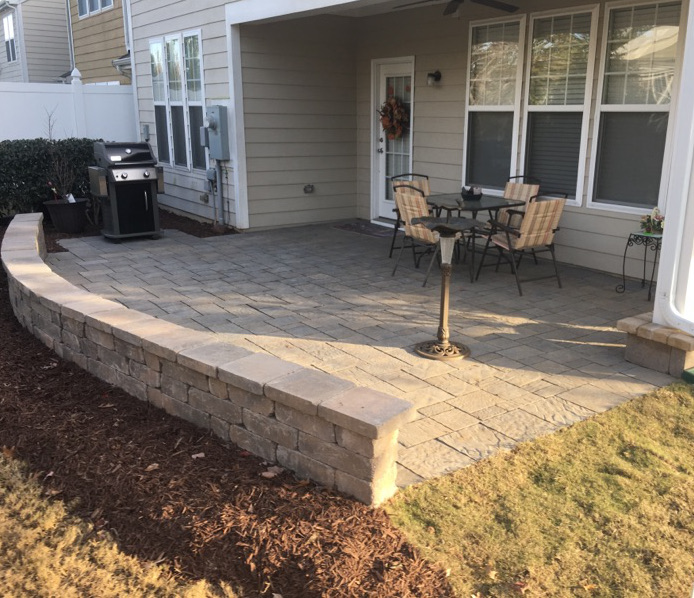