Reclaiming Back Yard Space with a Decorative Drain 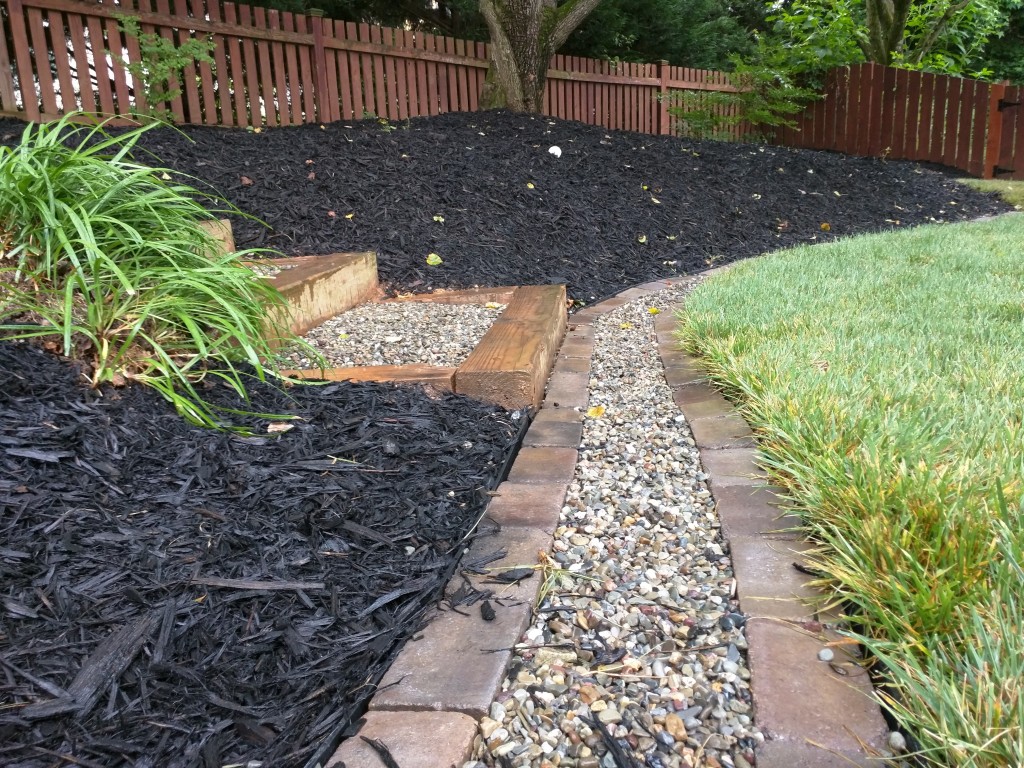 A downhill grade and slow-draining soils were causing water to linger in this client’s back yard for days at a time. The extended periods of saturation caused the lawn to become soft, patchy, and unusable.  The homeowner simply wanted her yard back!  A few ideas were tossed around, including a retaining wall and grade changes, but we kept coming back to the idea of using a drain.  The trick was to make it look much less like a drain and more like a decorative border. 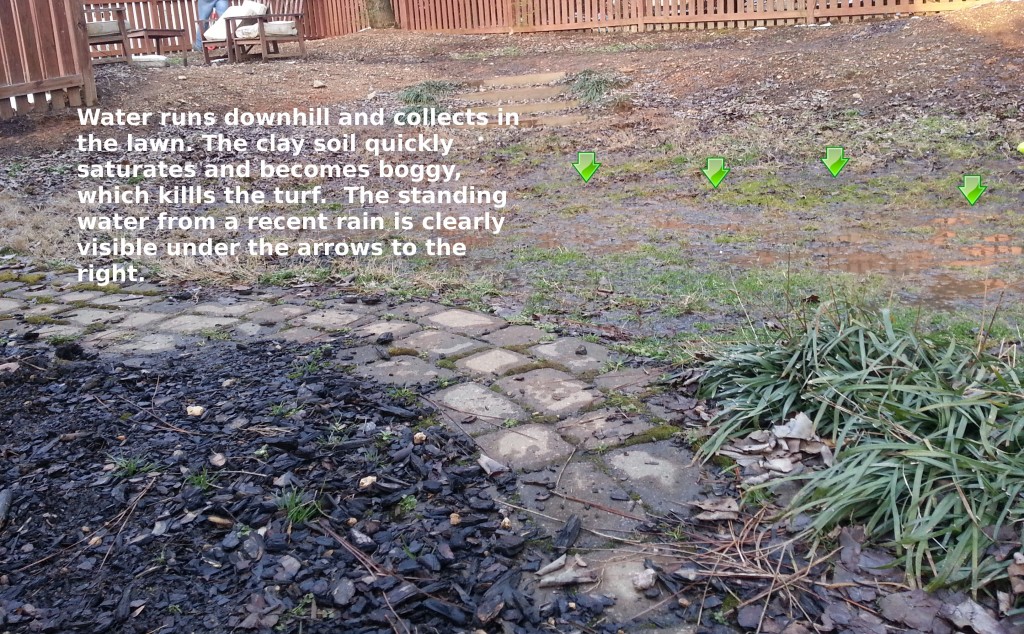 The drain was designed by Griffin Contracting Inc. and features an open drainage plane, otherwise known as a curtain drain. Like a typical French drain, it consists of perforated pipe buried in a trench of gravel.  However, instead of hiding the drain under the sod, we left the top open so water rolling off the hill would infiltrate directly.

Rather than leaving a swath of gravel through the lawn, a decorative paver border was used to contain a more expensive, decorative stone.  The pavers are RumbleStone Mini (Sierra Blend) by PaveStone and the pea gravel is Delaware River Stone.  The pavers were placed on top of six inches of crushed stone and held in place by ICPI approved edge restraints.  The entire drainage bed was also encapsulated in permeable geo-fabric and the pipe was fitted with two clean-outs to prevent clogs. 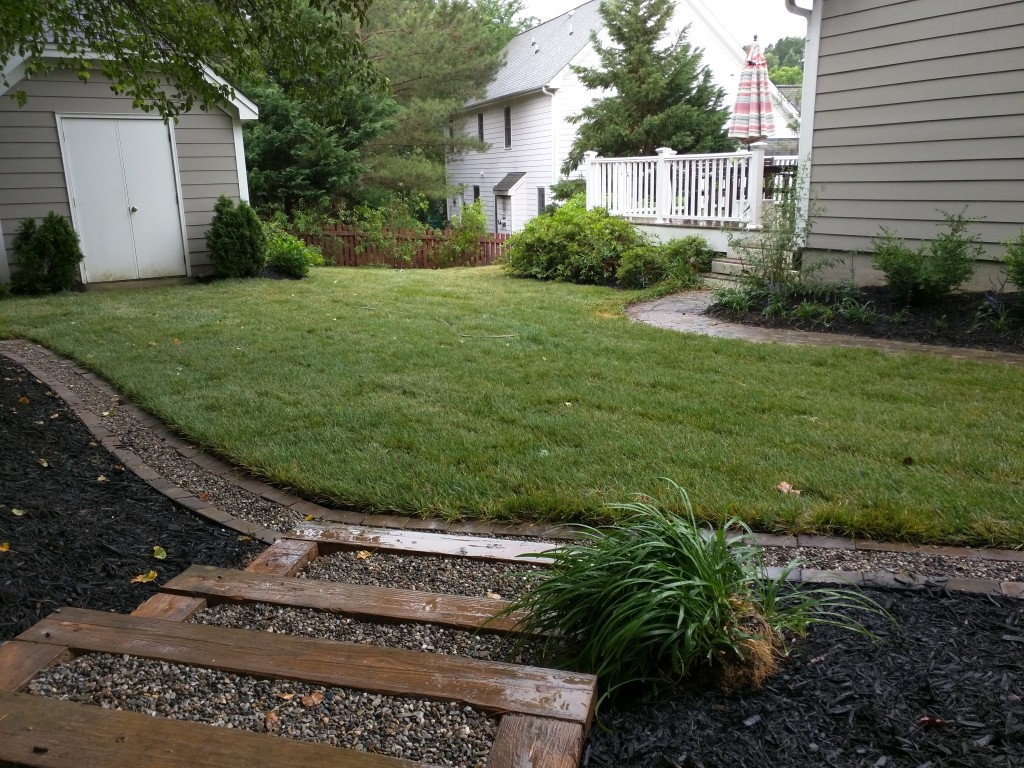 The drain functions as a wonderful transition between the upper-tier tree bed, and the lawn lower down.  In fact, you would likely never suspect that it was a drain at all!  The drain exits into a gentle spillway of rocks and river stones.  Building a spillway added visual appeal and helped to slow exiting water which would cause ruts and washout in a heavy rain.  This project was a lot of fun and we really enjoyed the challenge of making something so practical and utilitarian into something beautiful! 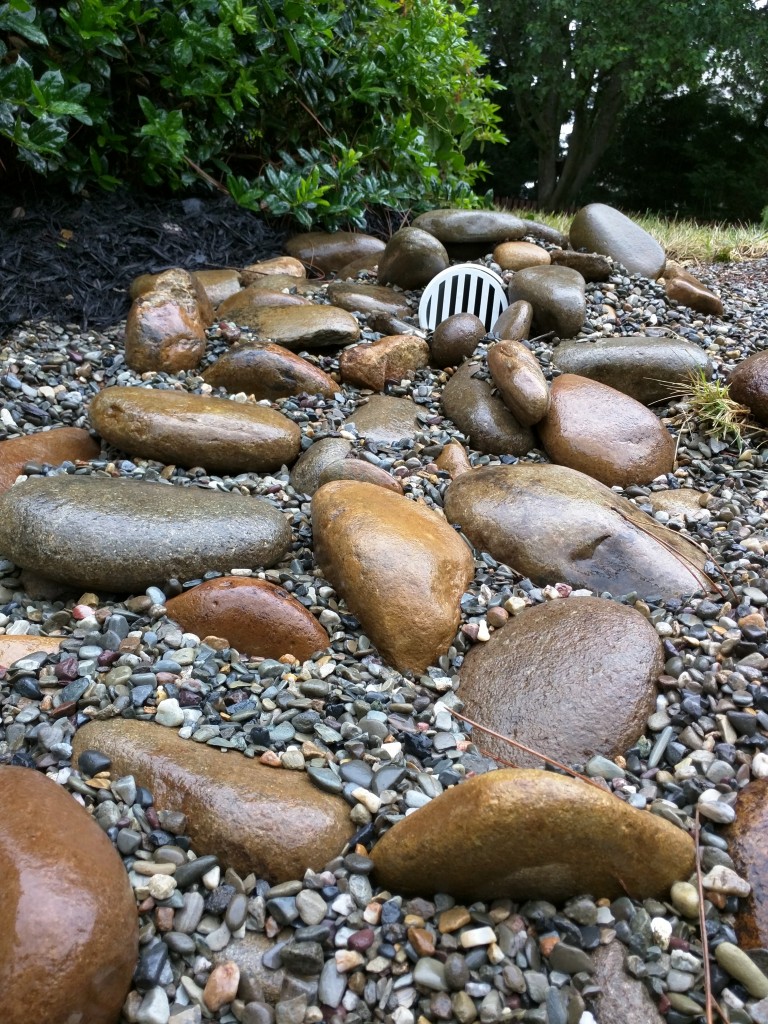